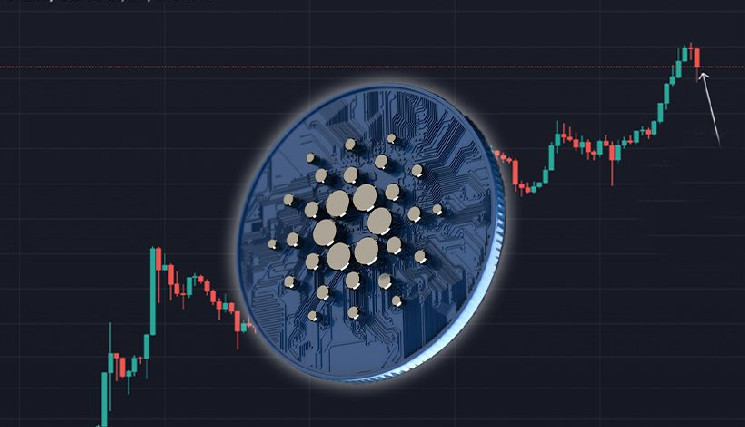 ADA price floats above the psychological mark of $0.50 with a morning star. But will the uptrend sustain despite low volume support? Key technical points:

Past Performance of ADA

The April 11th fallout from the $1 support indicated the failed attempt of ADA buyers to reclaim this psychological level. The renewed selling pressure dumped altcoin 22% lower to March’s bottom support of the $0.75 mark. However, responding to widespread bearish sentiment in the crypto market, the sellers continued to pressure the coin and breached the $0.75 mark.

A bearish breakdown from $0.75 support accelerated the ongoing sell-off and dumped the ADA price 42.5% down to the $0.4 mark. Furthermore, the buyers attempt to bounce back from this new lower low, but a low volume bullish reversal suggests the price may soon follow the prevailing downtrend. The crucial daily EMAs maintain a bearish trend in a descending trendline, with the 50-day EMA providing dynamic resistance.  The RSI slope spikes above the oversold zone and cracks above the 14-day average but remains under a lower low formation. To break the downtrend, the RSI values must surpass the halfway line, which will ignite a new bullish trend. The Stochastic RSI displays a bullish crossover when the K line crosses over the D line within the oversold zone and teasing the start of a new bull market. Therefore, the momentum indicators show a bullish transition and suggest a trend reversal. In short, the ADA technical analysis forecasts a relief rally to the $0.75 mark.

If the ADA buyers continue to surge higher, the altcoin will hit the aligned resistance of $0.75 and 20-day EMA. However, the coin price has a high possibility of reverting from this resistance and rechallenged the bottom support of $0.4. Conversely, the ADA price would breach the overhead resistance to kickstart a new recovery rally in a solid bullish case scenario. Support Levels: $0.4 and $0.26 Resistance Levels: $0.75 and $1

XLM Price Analysis: Bearish sentiment yet to subside for Stellar