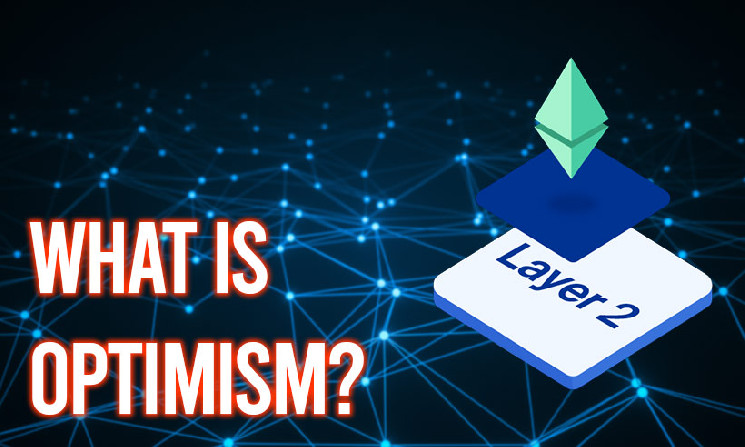 All You Need to Know About Optimism: Low Cost Layer 2 Blockchain Solution

Optimism is the first Ethereum Layer 2 solution to develop an Optimistic network that is Ethereum Virtual Machine (EVM) compliant. It runs alongside Ethereum and can handle transactions at scale while inheriting Ethereum’s security. The word Optimistic Rollup comes from the manner transactions are handled. Transactions are assumed to be accurate by default, and no calculations are performed. To assure the legitimacy of the transactions, it uses a fraud-proof system. To know about Optimism in greater detail, continue reading.

Verifiers (anyone running an Optimism network full node) can question the validity of transaction proposals given by sequencers. The rollup will do a check by conducting the transaction’s calculation on Ethereum. Before they are approved and transmitted to the Ethereum mainnet, transaction proposals can be disputed under the challenge time, set to one week for Optimism. The verifier is rewarded, while the sequencer is penalized if the proposal is found to be fake. Sequencers must have a pool of bonded ERC-20 tokens to collect the payouts. The needed coin in the instance of Optimism is ETH. This aligns incentives so that verifiers are rewarded for catching bad actors, and sequencers for only submitting proper transaction proposals. The false proposal is withdrawn and replaced with the correct proposal. The false proposed outcome of the transaction is eliminated, but the transaction itself is not overturned. Aside from its technological prowess, Optimism layer 2 is notable for the fact that a Public Benefit Corporation runs it with the objective of promoting the public goods protocols. Because the product isn’t fully decentralized yet, the team gives all earnings from running a centralized sequencer to scaling and supporting Ethereum-based public goods. In 2021, the team donated $1 million to similar programs.

Know All About How Optimism Works

The ultimate purpose of Optimism is to improve the sustainability of transactions on the widely used Ethereum network. However, by lowering costs and increasing speeds, demand for ETH will rise. Increased growth should be possible- thanks to the network’s vibrant ecosystem (which includes money markets, user-friendly wallets, exchanges, yield aggregators, and so on). Let’s look at some of the technical aspects that make this possible. Optimism’s sequencers perform calculations off-chain. They broadcast compressed transaction data into an Ethereum smart contract at regular checkpoints. Because computation consumes a lot of resources, it can be scaled by transferring it away from Ethereum. Every time the sequencer releases transaction data, there is a window in which anyone can perform their computation to see if the data is authentic. In other words, the verifier verifies the data. The smart contract subsequently validates the information. The verifier will receive a portion of the deposit as a reward for their efforts, while the remainder will be burned. A new sequencer then checks the data registered on-chain. In the end, the system gives sequencers and verifiers a reason to work. This will also encourage Optimism layer 2 stakeholders to engage in the sequencer data verification. It’s worth noting that there’s a seven-day lockup period. Users can withdraw their cash back to the Ethereum network after this time has passed. In a word, Optimism can use both on-chain and off-chain computational capabilities to run its Layer 2 scaling solutions. It may also run a variety of Ethereum applications. Users benefit from faster, less expensive transactions, which helps the Ethereum ecosystem expand and prosper.

Everything You Need to Know About Optimism Tokenomics

The project’s native token is OP. OP token holders are a member of a bicameral system in which they form a body to vote on specific governance issues. OP tokens were airdropped to users and protocols who contributed to the Optimism layer 2 ecosystem, and they will be dispersed through the OP Governance Fund to future initiatives based on Optimism. The following are some of the existing OP usage cases:

The Optimism Collective is founded on the belief that a vibrant and valuable ecosystem requires robust public goods. The ecosystem’s economics is meant to generate value for stakeholders in the following three ways:

Token holders gain value through the productive re-deployment of sequencer revenue. Sequencer money is generally used to fund public goods, which adds value to the ecosystem and promotes block space demand.
Contributors and builders gain value directly from retroactive public goods funding and the markets it facilitates. Builders benefit from a symbiotic relationship; it’s preferable to develop in an ecosystem that includes well-funded tools, education, apps, and infrastructure.
Users and community members benefit from continual OP airdrops, project incentives made feasible by OP ecosystem funding, and the benefits provided by public goods.

Members of the Optimism and Ethereum communities get a portion of the OP allotment in numerous waves from the Optimism Foundation.

The first user airdrop was distributed to 5% of the total supply of OP tokens. This airdrop is intended for persons who-

Act in a positive-sum manner.
Actively participate in their communities.

A portion of the OP token supply will be retained in reserve for future user airdrops, amounting to 14% of the total supply. Because airdrops can be gamed, the Optimism Foundation will be in charge of calculating airdrop metrics as somewhat as possible. Airdrops are distributed to addresses that positively impact the Optimism community. Participating in future airdrops is the best method to increase your chances of receiving them. Allocation of the Ecosystem Fund: 25% The Ecosystem Fund is a financial incentive scheme aimed at promoting the growth of the Collective ecosystem. This allocation will be used to directly fund communities and businesses that are driving the Collective ecosystem’s progress (OPCOs). The Ecosystem Fund’s contribution will be further divided into the following categories.

The Ecosystem Fund is meant to be a temporary solution that will be phased down once the OP in the fund is finished. We expect the Ecosystem Fund’s (proactive funding) function to be eventually superseded by private third-party investors who will be paid out through the Retroactive Public Goods Funding (opens new window) mechanism. The diverse funding systems ensure that airdrops continue to flow to users who contribute significantly to the ecosystem. These contributions lead to ecosystem growth, which leads to increased demand for block space, which in turn leads to revenue, and is subsequently productively re-deployed into the ecosystem as new airdrops. Each fund may be viewed as a separate OP allocation experiment, allowing for rapid iteration and doubling down on what works to help the ecosystem expand even more. Governance Fund The first Governance Fund was allocated 5.4 percent of the total quantity of OP tokens. This fund will provide tokens to all initiatives that demonstrate Optimism usage. Partners Fund The Partner Fund will be allocated 5.4 percent of the total supply of OP tokens. The Optimism Foundation will wisely distribute this money to grow the Optimism ecosystem for the benefit of the entire Collective. Seed Fund The Seed Fund will get 5.4 percent of the OP token supply, which will fund early-stage enterprises emerging in and around the Optimism ecosystem. Unspent Funds for Future Growth Initiatives An 8.8% of the OP token supply will be set aside for future community growth initiatives.

The Citizens’ House will first distribute 20% of Retroactive Public Goods Funding (RetroPGF). RetroPGF rounds are scheduled to take place every quarter to ensure that all OPCOs are adequately, correctly, and dependably compensated based on their influence on the Collective—a critical component of our vision (opens new window).

A lockup term will apply to any tokens awarded in the Sugar Xaddies allocation.

A total amount of 4,294,967,296 OP tokens were available at genesis. The total supply of tokens will grow at 2% every year. As indicated above, 64 percent of the initial token supply (the whole quantity of OP not held for core contributors or sugar xaddies) will be released to the community. As a steward of the Optimism Collective, the Optimism Foundation will handle these distributions throughout time. The Foundation will be given 30% of the initial token supply to distribute in the first year. Token holders will vote after the first year to establish the Foundation’s yearly OP distribution budget. It anticipates requesting the following annual contributions:

Optimism Layer 2 solution is here to stay, and it will be where the majority of Ethereum transactions occur in the future. Layer 2s have been criticized for adding to the user’s complexity by requiring them to take different procedures to get assets on and off the chain. Given the current state of affairs, such criticisms are justified, but they will be addressed over time by third-party tools that streamline the process or by the Layer 2 teams themselves. They are not rendered obsolete by ETH 2.0 but empowered to become more scalable and efficient. Many existing dApps will be enticed to give Optimism a try because of its ease of deployment, and the low gas fees will attract users to transact on the chain as its ecosystem develops. They are actively supporting and expanding high-impact initiatives in the Ethereum ecosystem by providing funding in addition to building software. Hopefully, this article will have helped you learn everything that you need to know about Optimism and the role that it can play in redefining Layer 2 solutions.