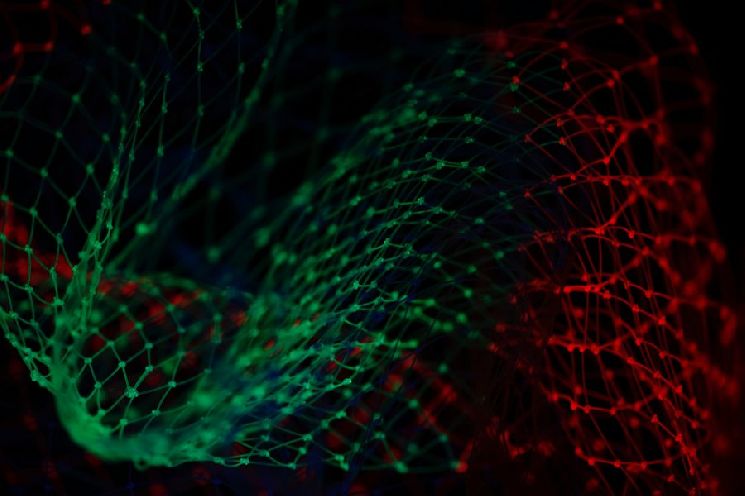 Binance coin [BNB] to move from Ethereum blockchain to its own blockchain, says CZ

Binance’s CEO Changpeng Zhao aka CZ gave insights on the Binance’s new decentralized exchange, Binance DEX, which would operate on the Binance chain with native currency as Binance Coin [BNB] in a Cointelegraph interview.

CZ also said that the new decentralized exchange was similar to Ethereum’s ERC20 tokens but it additionally allows you to trade between tokens like the Binance Coin. He said that cryptocurrencies’ main aim was to be fast and drop the middle man which effectively reduced the fees, but even now, Bitcoin network takes a lot of time for transacting on-chain and also has huge fees.

Furthermore, CZ said that with DEX they aim to make the UI simple and easy to use and also improve “latency and the user experience”.

CZ announced the news on Twitter giving out more details about the DEX. 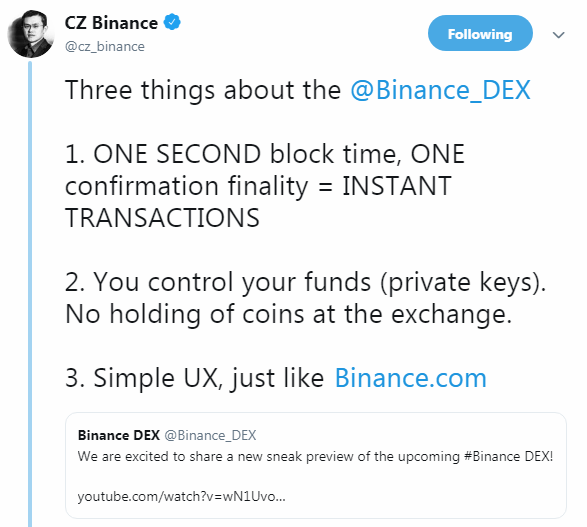 According to CZ, Ethereum’s smart contract based options are too slow to be adopted by the masses and that they want to change this with their new exchange, scheduled for launch in early 2019.

“Have your DEX funds secured through decentralized wallet applications like Trust Wallet, which will store private keys only on your device, so traders can retain full control over their funds and private keys.”

CZ said that BNB will swap from the Ethereum blockchain and move to their main net after the DEX  launches in early 2019.

A user Damilola Akinleye Tweeted out asking if the old binance will remain the same, to which CZ replied:

“Binance.com will continue to run. Just like Google doesn’t shutdown their search engine when they launch Gmail.”

“BNB will swap to our own mainnet.”

“Will it support integration with @LedgerHQ and @Trezor ?”

To the above question, CZ replied:

“those are being worked on, but may not be done on day 1 of testnet launch.”