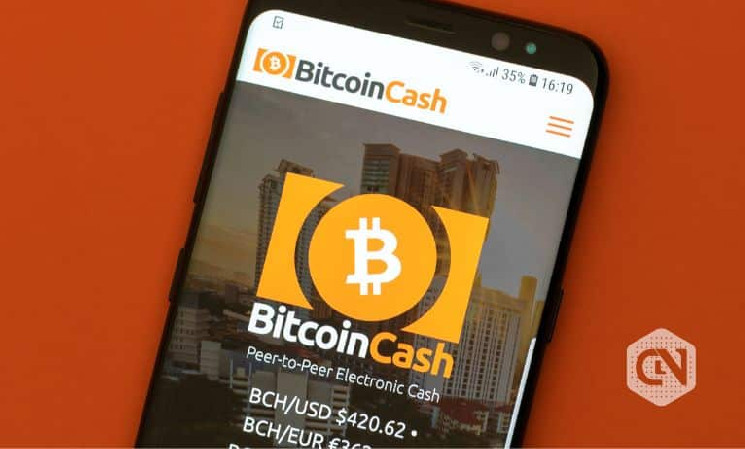 Bitcoin Cash is nothing but an evolved version of Bitcoin with increased transaction speed and relatively lesser transaction costs. A hard fork in Bitcoin led to an enhanced block size enabling BCH to accommodate high transactions with the possibility of micro-fees and privacy. By no means is BCH a small blockchain, and it ranks 29th amongst the current cryptocurrencies with an in-circulation market value of $2,217,554,832, with the same supply limitation as Bitcoin.

The negative price movement for BCH has been a replica of Bitcoin, but the positive movement remains short of the intensity witnessed by Bitcoin. The popular use case for Bitcoin Cash is hedging, and it is also used for small everyday transactions. BCH even supports smart contracts with a small transaction cost of less than 1 cent. The mining rewards for BCH haven’t yet reached the difficulty levels of Bitcoin as the number of miners are scarce.

The price action showcases a strong resistance near the 50-day exponential moving average that pushes the prices down. Despite a bull run shown on technical indicators, the actual percentage gain has remained short. The rejection and profit booking above the 50 EMA curve has already destroyed decent wealth in just two days. Read Bitcoin Cash predictions to better study the future projections of the coin for the next few years! 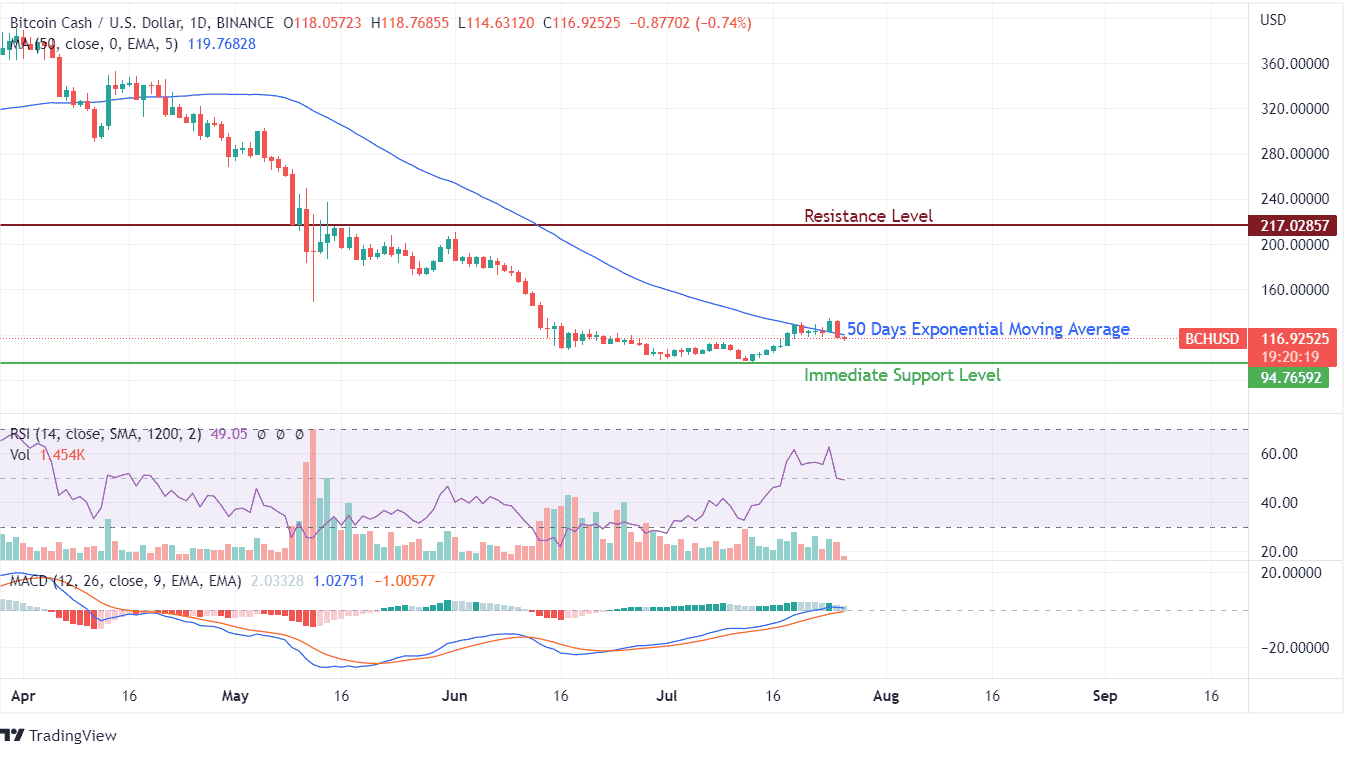 Bitcoin Cash is starting towards a possible downfall to regain a higher buying sentiment. Prices so far have consolidated near the 50 EMA curve, but it hasn’t been able to maintain a positive outlook as the 50 EMA curve continues to move downwards. It resulted in negative action for the last two days, which could create a breakdown towards the immediate support level of $94.

$115 has been the lower fact of the current fictitious consolidation zone. Hence, enthusiastic buyers should wait for the price momentum at the end of the day and take buying action as per the sentiments. RSI is trading near 49 after falling from 63 in just two days of the negative movement, while MACD is moving towards a bearish crossover.

A bearish crossover at this juncture would confirm the need for Bitcoin Cash to retest its immediate support level of $94. The upper band of post-profit bookings for the last May is between $500 to $750, while the all-time high is untouched at $4,355.62. Hence, in the case of a bull run, BCH has a huge positive potential.

This potential and its actual use case make it stand toe to toe with other prospective cryptocurrency networks. While BCH does use a Proof of Work algorithm, the benefit of its secure network is negated by the carbon footprint, which might be the only fundamental reason pushing buyers away from BCH.