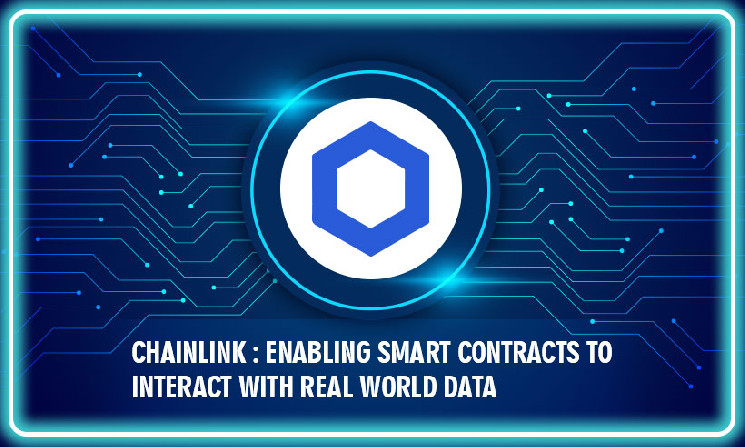 In today’s world, blockchain oracles are frequently thought of as decentralised services with a single goal, i.e. to transfer data from off-chain sources into blockchains. It’s only a small step from forwarding data to computing, storing it, or manually transferring it. This finding supports a considerably broader interpretation of oracle functionality. Smart contract service requirements are expanding, as are the diverse technologies that rely on oracle networks. In other words, an oracle may and will be a general-purpose, computer-enabled interface, bidirectional for off-chain and on-chain systems. Oracle’s mission in the blockchain ecosystem is to improve smart contract performance, functionality, and interoperability to introduce new trust models and transparency to various businesses. This will be accomplished through expanding the usage of hybrid smart contracts, which combine the distinctive qualities of blockchains with the unique capabilities of off-chain systems like oracle networks to achieve far more reach and power than on-chain systems alone. Chainlink is useful in this situation.

Chainlink is a decentralised oracle network that enables smart contracts to securely interact with real-world data and services outside of blockchain networks. Chainlink is not a monolithic network like a blockchain but rather an infrastructure and framework for building blockchain-agnostic oracle networks that augment the capabilities of blockchains and layer-2 protocols. Each Chainlink oracle network is made up of numerous independent oracle nodes that gather data from a variety of sources, combine it into a single data point, and provide it on-chain for smart contracts to consume. The modular design of Chainlink enables highly adjustable oracle networks, which can be made up of node operators and data sources and use various network settings like update frequency, fee payment amounts, etc. Professional DevOps infrastructure providers, top organisations, and premium data providers run Chainlink nodes, which enable smart contracts with access to cryptographically signed data for further security. Chainlink’s flexible design allows it to deliver any form of data or computation to any smart contract application running on any blockchain.

Chainlink nodes translate the requesting contract data request using the Chainlink Core software solution, and this request is translated from an on-chain programming language to an off-chain programming language that can be easily understood by real-world sources. The request is then sent to an external application programming interface (API) that collects data from the source of origin. Chainlink Core translates the collected data into on-chain language and sends it to the Chainlink Aggregating Contract. Now things get interesting as the Chainlink aggregating contract can check data from various sources and reconcile data from multiple sources. So, suppose five nodes deliver one answer from a weather sensor and two other nodes deliver a different answer. In that case, the Chainlink Aggregating Contract will know that those two nodes are faulty (or dishonest) and discard their answers. This process helps Chainlink nodes to validate data from a single source. The Chainlink Aggregating Contract can repeat this validation process for multiple sources and then collect all the validated data and average it down into one piece of data. Under some circumstances, all the data cannot be averaged. I will not further discuss this mechanism deeply here for simplicity’s sake. Chainlink has created a way to reliably and efficiently provide accurate data to smart contracts on smart-contract enabled blockchains.

Use cases of Chainlink

For high availability and manipulation resistance, use decentralized oracle networks made up of independent and Sybil-resistant nodes.

Each piece of data is digitally authenticated by nodes and saved on-chain, it provides cryptographic confirmation of the oracle networks’ overall integrity.

Access any API data source that is password-protected or authorized and is redundantly checked by several nodes to avoid failure from a single point.

Use provably safe nodes that are financially rewarded for providing accurate findings on-chain.

Connect to all major public and private blockchain environments using a single framework, which provides a standard abstraction level for cross-network communication.

LINK is Chainlink’s native token based on Ethereum and follows the ERC-20 token standard. It can be purchased and traded for fiat money or other digital currencies. Requesting Chainlink node operators are paid using LINK by contract holders. The Chainlink node operator determines prices based on the demand for the data they can give and the current market for that data. Chainlink node operators must deposit LINK with Chainlink to indicate their commitment to the network and incentivize good service. When matching nodes with data requests, the Chainlink Reputation Contract considers the size of a node’s stake (among other things). As a result, nodes having a higher stake are more likely to be chosen to fulfill requests (and thus earn LINK tokens for their services). Furthermore, the Chainlink network penalizes faulty or dishonest nodes by charging their LINK stake.

The LINK token had a sale on September 19, 2017, with a hard cap of $32 million. During its pre-sale, LINK was sold at $0.09 per token with a 20% bonus investors must have gotten depending on the timing of their purchase. LINK was sold at $0.11 per token in the subsequent public sale. A total of 300 million tokens were sold during both sales. A total of one billion LINK tokens were initially distributed as follows: The token sale investors received 35% of the total. Thirty-five percent was set aside for Node Operators and ecosystem awards, which would be dispersed to network participants as incentives. SmartContract.com, LINK’s parent business, received 30% of the funds. The supply of LINK has been fixed. 35 percent of the total supply will be distributed to node operators as rewards, they are still liquid because of the lack of indication that any contract binds them. The contracted developer determines the benefits that nodes receive for retrieving and providing data.

Chainlink 2.0, a multi-year effort to improve the present project’s capabilities, may be able to address some of these concerns. To facilitate services of hybrid smart contracts, the plan’s cornerstone is to build a platform of several interoperating decentralized oracle networks (DONs). With applications that can continually run (executables) calling on adapters that retrieve off-chain data, this structure might enable persistent services. The goal is for dapps to communicate with various DONs, which will administer the off-chain computing layer for these smart contracts securely and cost-effectively, allowing for new applications of its services. According to the roadmap, superlinear staking might be available on Chainlink as early as this year, according to co-founder Sergey Nazarov’s January 1 presentation. While the new staking model prioritizes security, it also aligns economic incentives based on (1) node reputation and (2) the size of node operators’ deposited stake, which serves as a security assurance for Chainlink service buyers. Node operators that stake more have access to more transaction possibilities and greater rewards, similar to how staking works on proof-of-stake blockchains. Furthermore, individuals or pools will be able to delegate or lend LINK to node operators as collateral, allowing them to share in the rewards. Staking and delegating tokens could decrease the danger of LINK supply dilution and realign some of the fee imbalances that now contribute to selling pressure, resulting in more LINK being locked up and helping to alleviate some of the difficulties we highlighted earlier.

However, the exact timeline for Chainlink 2.0 is unknown, making it challenging to price these future advancements, particularly in terms of growth. Chainlink already has a sizable market share of the total value secured across the crypto realm, making it doubtful that it will continue to grow at the same rate as the previous two years after the market went through the bearish environment in 2022. Few changes that are proposed in the Chainlink 2.0 white paper appear to be conceptually dependent on future crypto project developments that may or may not eventually occur. Nonetheless, the addition of superlinear staking could mark a significant turning point in LINK’s tokenomics, which will be worth watching this year.

Tether (USDT) Supply Plummets To $74 Bln, Will It Crack Under Pressure?