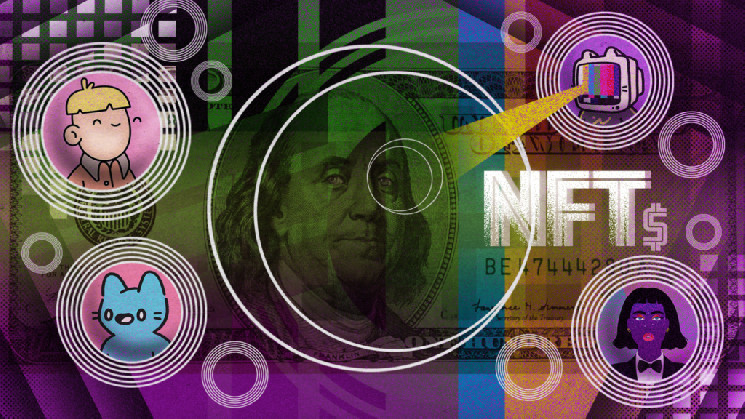 The current cryptocurrency downtrend has prices plunging across the board — and with the value of crypto falling, so have NFTs in dollar terms been declining over the past few weeks.

Ethereum (ETH), the leader of the NFT market, is trading around $2,000 at the time of publication, down from $2,800 a week ago. Terra’s stablecoin, TerraUSD (UST), and its native token, LUNA, collapsed in recent days, losing more than 99%.

While UST de-pegged from its one-to-one tandem with the US dollar and is trading at $0.013, LUNA hovered around $0.0000914 Friday afternoon.

NFTs built on Terra, meanwhile, marked record levels of trading activity on May 11 that have since declined.

Ether’s lower prices, on the other hand, have caused a lingering drop in ETH NFT floor prices, along with lower gas fees (which power transactions on the ethereum blockchain).

While the range of daily sales has fluctuated between eight and 67 NFTs on any given day since the beginning of May, the collection’s floor price has taken a more consistent hit.

It dropped to 89 ETH ($169,792) on May 12 and went back up to 99 eth Friday as markets showed signs of stabilizing. BAYC’s floor price peaked at 152 ETH and nearly crashed the Ethereum network on the eve of the debut of Yuga Labs’ Otherdeed for Otherside collection in early May.

Otherdeed NFTs — required to purchase land in the Otherside metaverse — remain in the top 10 collections with the highest trading volume since its debut on OpenSea. It ranks alongside its parent company’s other collections like BAYC and Mutant Ape Yacht Club in that respect.

Otherdeed for Otherside’s transactions have declined precipitously since launch, from $375 million in volume to $6.5 million, according to NFTGo. Even so, the collection has recorded some of the highest priced NFTs this week, according to NonFungible.com.

Other NFT collections that continue to lead the charts this past week include Art Blocks, Doodles, Moonbirds and Azuki and Beanz collections, even after its founder revealed he was part of three previously failed NFT projects.

Market conditions have also prompted some NFT investors to try to liquidate their holdings, amid considerable losses.

In other NFT news, Meta began testing an NFT display feature for a select group of Instagram creators and collectors earlier this week. Once the function becomes publicly available, it could potentially affect the greater NFT market.