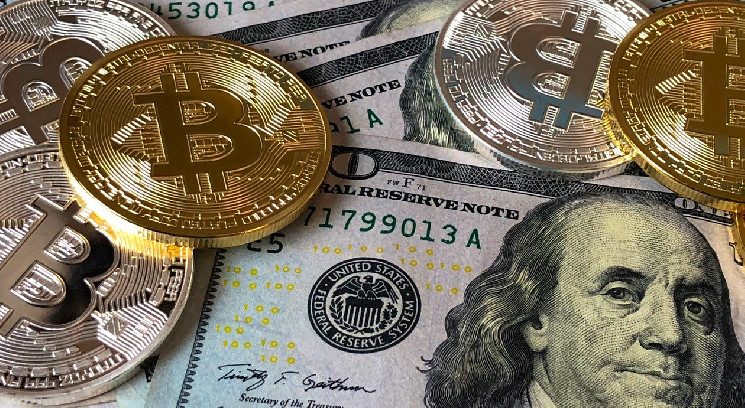 Relevance up to 09:00 2022-07-05 UTC+2 Company does not offer investment advice and the analysis performed does not guarantee results. The market analysis posted here is meant to increase your awareness, but not to give instructions to make a trade.

Then Bitcoin fell by 67%. Given the maturation of the market and a significant decrease in the level of volatility, the current price drop looks alarming. The markets are facing a crisis commensurate with 2008, which directly affects the purchasing power of investors.

The decrease and complication of access to liquidity is directly reflected in the Bitcoin price chart. The cryptocurrency made a local corrective pullback to the level of $22k, after which it began to decline. Bitcoin’s upward spurt was largely made possible by the increased buying activity of the SPX stock index.

The high level of correlation allowed BTC to make a local breakthrough, which ended with a subsequent decline. It is important to emphasize that, despite the stronger positions, the bears also have nothing to show for further price decline. This indicates that the market has reached a certain parity: sales have fallen to the usual lows, and massive accumulation is taking place in a passive mode and does not affect the price movement.

On the 4-hour chart, we can see that it has been more than two weeks since an inverted head and shoulders formed with an upside potential to $27k. The absence of any impulses for the implementation of this pattern indicates a decrease in trading activity. The price of Bitcoin has become characterized by impulsive attempts to reach certain levels, but the general situation does not make it possible to realize such goals. The main technical indicators continue to move flat without prerequisites for the formation of any impulse. This indicates the beginning of the consolidation that triggered the Bitcoin lull.

Despite the lull, it can most likely be called temporary. After the end of the second quarter, a reporting period will follow, which can be an important fundamental reason for a significant price change. The 3AC fund filed for bankruptcy, realizing that quarterly reporting could exacerbate the situation, both for the company and for the market. Singapore-based crypto lending and trading platform Vauld also halted withdrawals due to the difficult financial situation in the market.

The period of publication of quarterly reports can cause serious damage to the reputation of Bitcoin. There are many rumors in the market about the hidden insolvency of individual companies and platforms. All this can provoke a panic in the market, which will lead to another serious sale. A similar situation is observed in the mining market, where there is a problem with servicing borrowed funds in the amount of more than $4 billion. Potentially, the market has huge amounts of funds that can bring down the price to a new local low.

At the same time, the Fed made it clear that the current monetary policy is being maintained, which means there is no point in waiting for a weakening of access to liquidity. In such a situation, the only thing to count on is a local, phased capitulation of those investors who are ready to exit the crypto market. This scenario is the safest, but less feasible due to the huge number of fundamental factors that are ready to collapse the price. With this in mind, in a favorable situation, Bitcoin and the cryptocurrency market are waiting for a gradual flat movement with local bursts of volatility. In the worst case, the market will update the local bottom, which will be detrimental to most crypto companies.