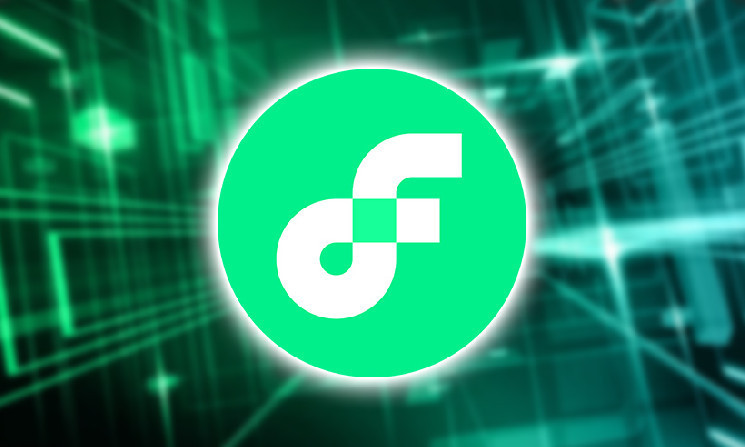 FLOW prices experience a surge in buying pressure leading to a jump above $0.50, but higher price rejection warns of a downfall.

FLOW market price has increased by 8.82% over the past 24 hours.
The price action shows a reversal phase of the broken falling channel.
The 24-hour trading volume of Flow is $76.92 Million, indicating a hike of 91%.

Past Performance of FLOW

On 12th June, the FLOW price broke under the falling channel as bearish clouds covered the crypto market resulting in a drop to $1.25. However, buyers were quick to hoard at discounted rates resulting in a sharp V-shaped reversal as the overall market took a breather. The reversal rally retests the broken support trendline of the falling channel with a 25% price jump with a boom in trading volume.

FLOW price action forms a bullish engulfing candlestick with no higher price rejection signals displaying solid buying pressure. Hence, the chances of a price jump surpassing the broken trendline increases. MACD indicator: A bullish reversal weakens the bearish crossover, as the signal moves fast and quickly to return the positive alignment and then head towards that zero line. Thus, the indicator suggests an extremely high likelihood of a trend that is bullish. RSI Indicator: The RSI slope makes a sharp upward turn from the oversold area following the divergence breakout, surpassing its 14-day SMA. Additionally, the RSI could soon reach the halfway line, signaling an opportunity to buy. Bollinger Bands: A bullish surge reverses the trend of the Bollinger bands, as the lower and upper bands experience a lateral shift away from the downward trend. In addition, the reversal rally gets to the midline and is preparing for the move to the upper band, signaling an uptrend with high momentum. In a nutshell, the FLOW technical analysis forecasts an uptrend continuation above the $2 mark.

FLOW prices show a reversal rally with increased volume support teasing a potential bull run above the $1.75 to reach $2. Resistance Levels: $1.75 and $2 Support Levels: $1.25 and $1

Avalanche price analysis: AVAX trapped in a horizontal range after declining from $21.89 | Cryptopolitan

Solana’s Consolidation Stops Its Price Action; What’s Next for SOL?