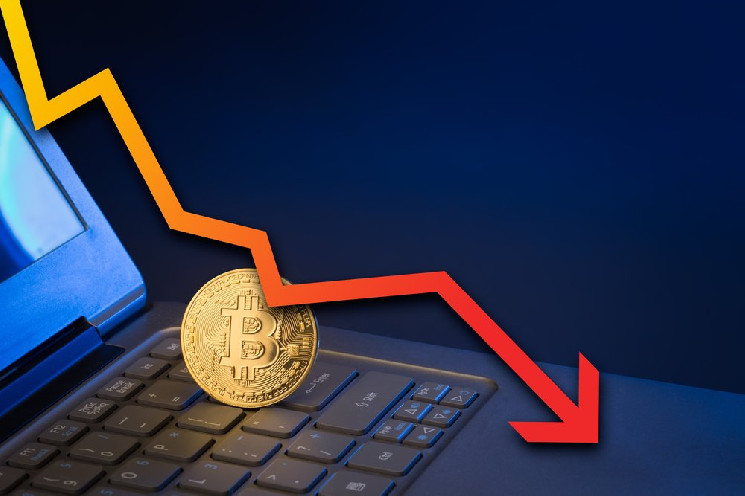 Bitcoin has had a rough couple of weeks leading up to this moment and the effects of this are still being felt all across the board. This has seen bitcoin’s price crumble below $30,000 once more. Along with this fall has come some other brutal news for the digital asset. One of these has been the funding rates, whose massive dive has shown increasingly bearish momentum among the largest traders.

The Bitcoin funding rates had been in a bit of a lull even as the price of BTC had begun taking its beat-down at the $40,000 level. Mostly, it had remained neutral or below neutral so the sudden drop in funding rates is no surprise. However, the degree to which it had dropped had been more cause for concern. This time around, funding rates have taken a nosedive that has sent them towards yearly lows.

Arcane Research reports that the plunge had come in the midst of the sell-offs that had rocked the market last week. This had seen funding rates drop across major exchanges in the space. Most notably on May 12th when the funding rate had fallen to a -0.0042% on the biggest exchange, Binance. 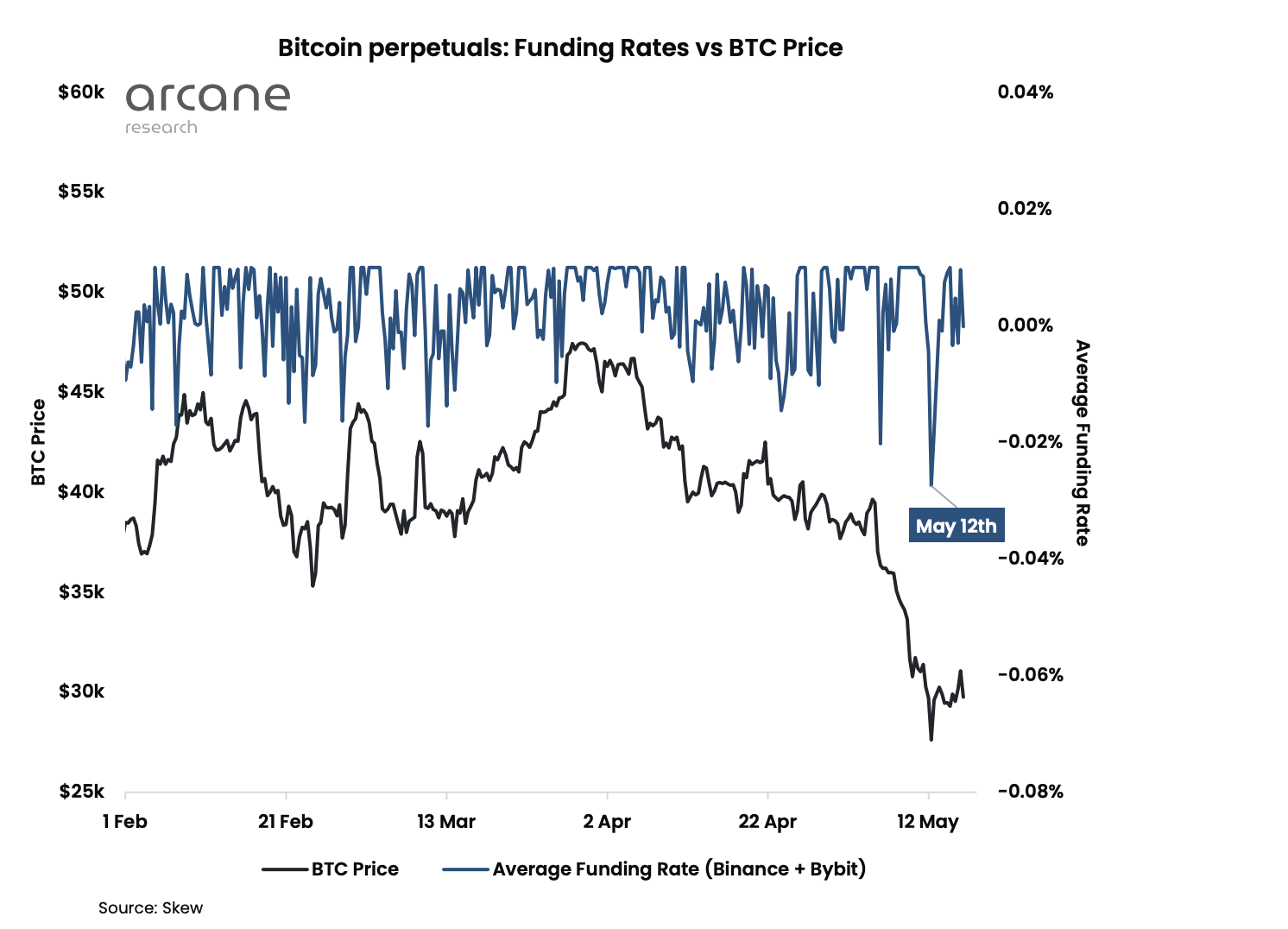 An interesting note is that funding rates, despite trending in the negative territory, have not been this low since July of 2021. This means that this is the most significant dip that has been recorded in the market in the space of a year.

Traders were already bearish before now, resulting in the neutral funding rates that were recorded the previous week. However, this proves that the larger market is expecting more bearish trends and are therefore making moves to protect themselves.

Bitcoin Long Liquidations Is The Trigger

After the decline below $30,000, bitcoin had recorded one of the most brutal liquidation trends in recent memory. Liquidations had reached as high as $0.73 billion in bitcoin liquidated in a single day, culminating in the highest liquidation event recorded since the December 4th crash.

Future and perp traders had obviously borne the brunt of this and this, in turn, had negatively affected the funding rates. The perpetual markets trading substantially below the spot market following the liquidations had contributed greatly to the plummet in funding rates.

The funding rates had begun to recover after May 12th though. Briefly returning to the neutral territory before once more plummeting back down. However, the fall rate has not been as deep as the previous fall.

Funding rates still remain well below neutral at the time of the report, which means that perp traders are still very bearish on the market, and as such, are not putting as much money into the digital asset.

Software Firm Meitu Lost Up to $52.3M in H1 Due to Slide in Crypto Prices