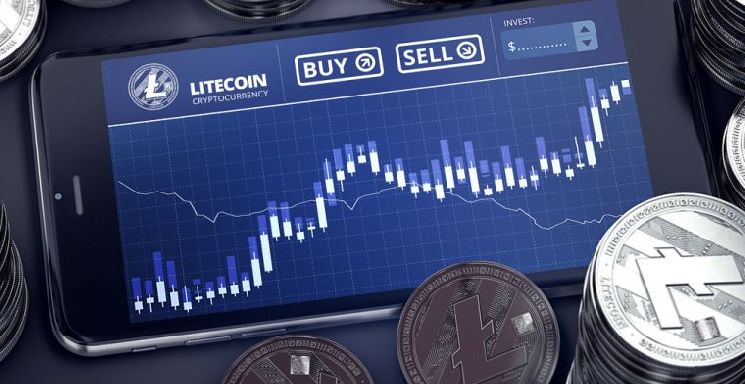 Litecoin founder Charlie Lee probably made on of the best trades of the 2017/18 bull season when the founder sold his entire LTC holdings in December 2017 sighting conflict of interest. Lee admitted he would be able to manipulate the price of LTC simply by his tweets and his massive twitter following. Lee also concluded that he wanted to help the project and focus on growth, and it was in his best interest to remove his ability to affect the price altogether.

Lee consequently sold his entire bag of LTC close to the all time high in December 2017. No exact amount of LTC was mentioned, but the founder managed to offload his LTC somewhere around the $300 mark each.

Lee ultimately noted that the prices in crypto had risen at such a rate that he believed it was a good time to sell. Lee famously tweeted saying “Ok, sorry to spoil the party, but I need to reign in the excitement a bit… Buying LTC is extremely risky.” The LTC founder then goes on to explain that he expects to see a multi-year bear market similar to previous bear markets that saw LTC plummet 90%. Famously the tweet ends up saying “So if you can’t handle LTC dropping to $20, dont buy!” 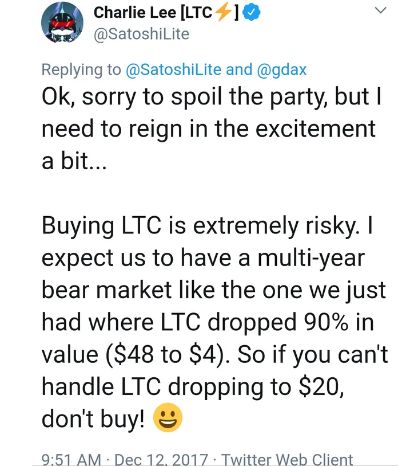 Ironically, Lee appears to have been spot one one year later. LTC has since plummeted down to under $25.

Charlie Lee may appear to be right in his prediction and we could ultimately end up with an extended bear market running well into 2019. Only time will tell.