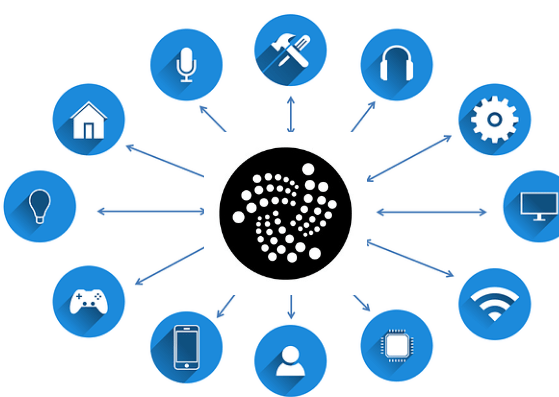 IOTA (MIOTA) Foundation has launched Omega Team, a decision made purposely to heighten innovation in the IOTA ecosystem.

The division of the IOTA team into Omega and Alpha is a reflection of the bimodal IT concept which suggests that department be split into two sections – a part deals with maintenance and support issues while another deals with innovation and expansion.

In this wise, IOTA Foundation unveiled its version of bimodal IT by dividing the foundation into two:

Alpha — for cloud services, aka the current internet.

Omega — for fog services / edge computing — the Internet of Things vision of IOTA.

According to IOTA Foundation, the Alpha team is saddled with the responsibility of improving the current systems aimed at the internet. The team is to coordinate most of the current projects i.e. IRI, entangled, Trinity, libs, MAM and the coordicide project.

However, the Omega team is to achieve the longer terms in projects related to ICT, Qubic, IXI among other projects.

3 Most Prolific Developers Bag $505,820 In IOTA (MIOTA) Final Round Of Grantees For The Year

There are only few days left till the end of the year, and most companies are closing down on their operation for continuation or a fresh beginning in the coming year. As such, IOTA (MIOTA) foundation in a release announced the final cohort of grantees for the year.

While the Open Source Software (OSS) remains an exciting area in the IOTA project with unending growth and fundamental transformation of technology in the last one decade, it is believed that OSS will be a great cornerstone of the Machine Economy developed on the IOTA protocol.

Thus, IOTA (MIOTA) final round of grantees for the year includes some of the foundation’s most prolific developers building real world use cases and OSS for the IOTA Ecosystem.

The M2M Ecosystem showcase will be taking solutions like IAMPASS and the IOTA Industrial Factory 4.0 to a greater level by proffering a functional prototype that can be verified by Akita and replicated for a future IOTA Lab.

“AKITA makes tangible installations that everyone can see, touch and understand. Utilizing the intangible power of the IOTA Tangle, we are going to demonstrate, what a direct machine-to-machine (M2M) economy can look like today and how it can benefit us humans.

During this complex project we will combine modular hardware and software elements on all layers. This includes machine communication, value transfer-based action, energy efficiency, different types of nodes and particular IOTA features like Masked Authenticated Messaging (MAM). The simple goal is to enable machines to buy and sell services, energy and even pay taxes autonomously.

This project is a child of the open-source and crowd movement. It would not be possible without the community, the IOTA Ecosystem Development Fund and integration of traditional companies, who embrace co-creation,” IOTA stated.

Nino Ulrich is the developer of this solution.

Daniel De Michele and Alejandro Elustondo remain amazing contributors in the IOTA Ecosystem. They are the cofounder of XDK2MAM.

XDK2MAM is designed with the vision of providing an easy and quick-to-use set of solutions that allows everyone with a XDK 110 to start streaming sensor data to the IOTA Tangle.

This solution, according to IOTA can be used to “monitor environments, industrial machinery or just to provide a sensor feed for the Data Marketplace.”

Already, XDK2MAM is a partner of Bosch  in the XDK Ecosystem, and it will be providing solutions for all the available XDK 110 methods.

XDK2MAM aims at providing a solution that would be of great value in the field of Data Marketplaces, and there will be no need to rely on any external server to collect and publish your sensors data.

“XDK2MAM aims to provide quality and well-documented open source code to allow full integration between the Bosch XDK 110 sensors node and the IOTA Tangle. We understand that this piece of hardware is essential to prototype IoT. Therefore, the existence of ready to use code and guides to allow developers and non developers to unbox their XDKs and connect them to the Tangle is fundamental. This will enable proofs of work to flourish around IOTA,” IOTA noted.

FPGA enables an embedded system that runs the IOTA core functions. This allows the running of IOTA on small IoT devices, thus, a big step towards future real world applications.

“The goal of the Crypto Core FPGA project is to enable embedded systems to do IOTA core functions in a fast, secure and efficient way. It will offer a high-level Api for e.g. address generation, signing, seed-management and PoW — and later MaM+. This will pave the way for true IoT IOTA applications which were not possible before (in a practical sense), Pototschnig stated.