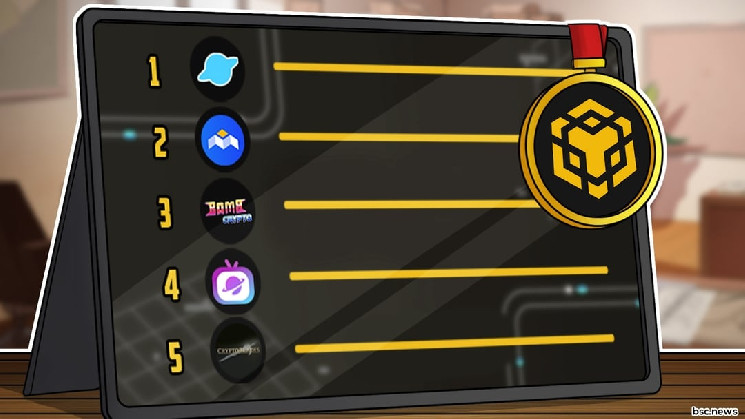 Memecoins to Look at on BNB Chain

“Rep” is Through the Roof

According to data from the popular social intelligence platform for cryptocurrencies,  LunarCrush, the 5 leading meme projects on BNBChain in terms of social volume include BabyDogeCoin, RichQuack, Kiba Inu World, SafeMoon, and Marvin Inu.

Let’s have a look at these light-hearted projects.

Baby Doge Coin: Per its “Woof Paper”, Baby Doge Coin is the acclaimed ‘son’ of popular meme token, DOGE. According to the owners of the project, “Baby Doge is on a mission to bring crypto to the average person while also helping save dogs in need”.

According to data from LunarCrush, the Social Volume of Baby Doge stood at 131K. On a price front, the project’s native token BABYDOGE has seen an 82% uptick since launch. Price was pegged at $0.000000001381 at the time of press.

RichQuack: Rich Quack is a community-driven project with over 120,000 on-chain holders of its QUACK tokens. According to the project’s Whitepaper, these tokens are hyper deflationary and offer holders “self generating- automatic liquidity” that grant  rewards to their holders. Apart from its token, the platform also gives users access to Mega Quackpot, Quackpad (Launchpad Platform), and a Lottery platform.

Per data from LunarCrush RichQuack closely trailed BabyDogeCoin with a social volume of 127K. According to CoinMarketCap, the price of QUACK stood at $0.000000000508 at the time of writing. Since launching, the Quack token registered an all-time high of $0.00000001532 on 7 November 2021. Since then, the price has taken on a south-bound curve.

Kiba Inu World: With a social volume of 88K, the Kiba Inu project is another leading meme project on BNBChain. With the objective of “restoring integrity to meme coins”,  Kiba Inu is a decentralized exchange (DEX) that allows its users to swap between cryptocurrencies supported on the platform. It also has a Limit Order function that allows users trade various crypto assets at a specified price or at a better one.

For full access to all Kiba Inu’s service offerings which include KibaFomo, Honeypot Checker, KibaTools, and KibaReports, users are required to hold Kiba Inu tokens. At press time, these tokens exchanged hands at $0.000006994. At that index price, the token was 92% shy of its all-time high of $0.00009216 which it recorded last November.

SafeMoon: SafeMoon is a community-driven protocol launched fairly, embedded with three simple functions that occur during trades: RFI mechanics; LP acquisition; and token burn. According to its Whitepaper, the Protocol aims to “solve the problems of prior cryptocurrencies including mining rewards, farming rewards and liquidity provisions.”

LunarCrush data shows that with a social volume of 83K,  SafeMoon ranks 4th on the list of top meme projects on BNBChain with the greatest social volume. According to data from CoinMarketCap, the protocol’s SafeMoon V2 tokens traded at $0.000528 at the time of press. The tokens are held by nearly 3 million addresses.

According to the project’s Whitepaper, the ecosystem is built to “reward its community of Marvinauts and promote continuous project growth. ” Registering 22% gains in the last 24 hours, the price of MARVIN stood at $0.000001653 at the time of press.