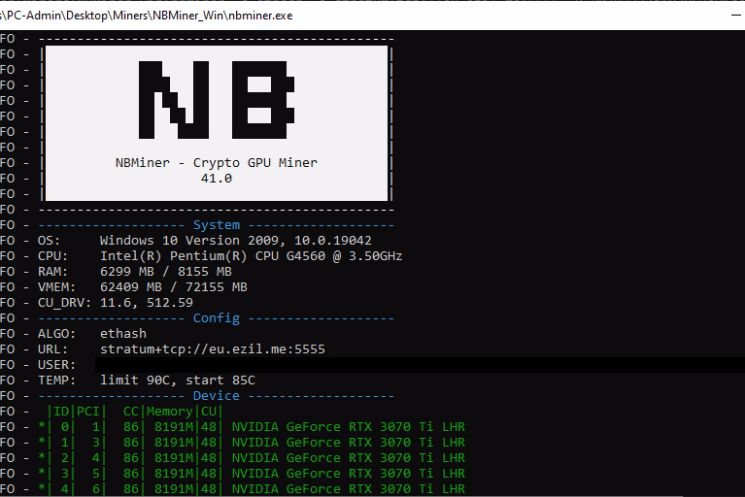 After NiceHash releasing their QuickMiner with full Nvidia GPU Low Hash Rate (LHR) unlock first, NBMiner comes wiht an update that also unlocks the full hashrate on of LHR GPUs. Unlike the NiceHash release however, the NBMiner is not limited to the NiceHash service, it can be used on all mining pools for Ethereum (ETH). It is also available for both Windows and Linux operating systems. Make sure you run NBMiner with admin priviledges in order for the unlock to function and also to use new video drivers, older driver versions might work, but could cause issues. If you experience stability issues with the settings for the GPUs you have previously used with the partial unlock you might try lowering the clock of the video memory with 100-200 MHz. Do not that NBMiner does not currently support full LHR unlock on RTX 3080 12GB and RTX 3050 video cards with the latest LHR lock version.