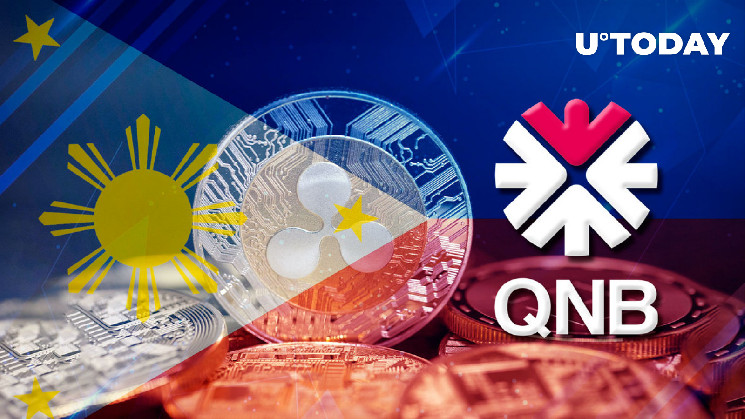 In a historic move, Ripple partner QNB has launched a direct remittance service for money transfers from Qatar to the Philippines. This makes it the first bank in Qatar to introduce the service.

Through the use of Ripple’s financial technology, “RippleNet,” QNB will establish a connection with China Bank, one of the top private universal banks in the Philippines, to offer this service.

The new service aims to offer the bank’s clients an easy remittance process as well as a quick and enhanced cross-border money transfer option. The service, which primarily caters to Filipino people residing in Qatar, would enable them to instantly send funds up to PHP50,000 to any bank in the Philippines.

Navin Gupta, managing director, South Asia and MENA, at Ripple, stated: “QNB is our biggest partner in the MENA region and we are delighted to continuously strengthen this partnership on RippleNet to additional countries. The Philippines is one of the largest remittance receivers globally, and we are pleased to be connecting QNB with China Bank to process remittances from Qatar to the Philippines via Ripple Net.”

As indicated by Santiment and reported by U.Today, XRP has attained some major milestones in the past week.

😮 $XRP is ahead of the #altcoin pack recently, and some major milestones have hit over the past week. In addition to several massive active address spikes firing off, there have been massive dormant tokens shifting addresses this week. Keep a close watch. https://t.co/UzRmo52AeD pic.twitter.com/bTtt35lsGY

The on-chain analytics firm stated over the weekend: “XRP is ahead of the #altcoin pack recently, and some major milestones have hit over the past week. In addition to several massive active address spikes firing off, there have been massive dormant tokens shifting addresses this week.”

In the latest updates shared by defense lawyer James K. Filan on the Ripple lawsuit, “the Court has entered an Order setting a deadline of July 28, 2022, by which any non-parties must move to seal portions of the Daubert Motions or else waive objections to the Court’s ultimate ruling on the Parties’ sealing applications.”

Additionally, the SEC’s motion to file a 30-page opening brief was denied (limited to 20 pages), but its request to file a 10-page reply brief was granted in connection with the SEC’s objection to Judge Netburn’s ruling on the Hinman Speech documents.

In connection with the “Daubert Motions” that were submitted on July 12 by the Ripple Defendants and the SEC, the SEC also submitted a Motion to Seal.