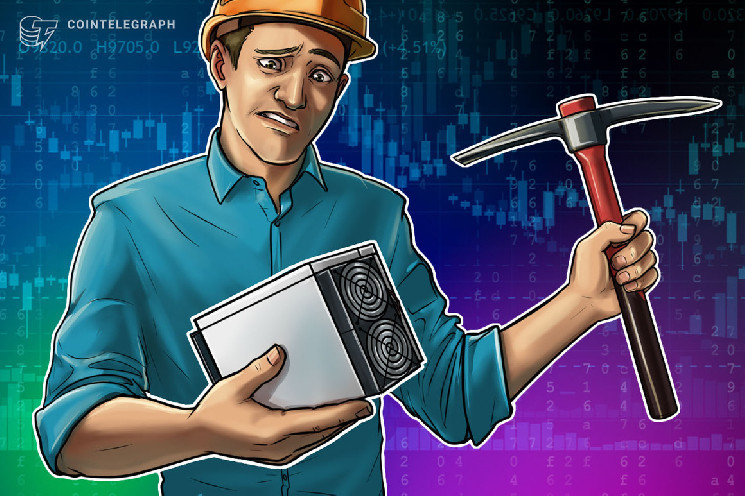 Sam Bankman-Fried, the founder of crypto exchange FTX, has calmed speculation that the company is exploring acquisitions of distressed crypto mining companies, clarifying on Twitter on Saturday that they “aren’t really looking into the space.”

“Really not sure why the meme about FTX and mining companies is spreading, the actual quote was that we *aren’t* really looking into the space,” clarified Bankman-Fried on Twitter on July 2.

Speculation that the company was on the lookout for mining firms came from an interview with Bloomberg on July 1, after the FTX founder said he did not want to discount the possibility of a “compelling opportunity” in the mining industry, stating:

“There might come along a really compelling opportunity for us — I definitely don’t want to discount that possibility.”

However, the quote appears to have been taken out of context, forcing SBF to clarify that the firm is “not particularly looking at miners” but is “happy to have conversations” with mining companies.

er to be clear I said roughly “meh not particularly looking at miners, but sure, happy to have conversations with any companies” https://t.co/liHKS2y06Z

Bankman-Fried also stated during the interview that crypto miners had no fit into the company’s core strategy and that he saw no synergy from an acquisition standpoint.

“I don’t see any particular reasons that we need to have, you know, an integration with a crypto miner.”

“From a strategic perspective, there’s no particular obvious synergy necessarily from an acquisition standpoint,” he added.

Bankman-Fried was asked whether he was looking into mining firms amid a falling crypto market that has seen Bitcoin mining revenues fall sharply this year.

At the same time, the Russian invasion of Ukraine has also caused energy costs to skyrocket — causing a dual impact on miners, small and large.

Mining profitability, which is a measure of daily dollars per terahashes per second has reached lows not seen since October 2020, according to Bitinfocharts. At the time of writing, Bitcoin mining profitability is $0.0956 per day for 1Th/s, down 80% from the 2021 high of $0.464.

A report from Bloomberg on June 24 revealed that there were as much as $4 billion in Bitcoin mining loans, with a growing number now underwater as Bitcoin and mining rig prices have fallen.

Data from Arcane Research in June found that the deteriorating profitability of mining has forced public miners to start liquidating their holdings. It revealed that several of these firms sold 100% of their BTC production in May — likely to cover operating costs and loan repayments.