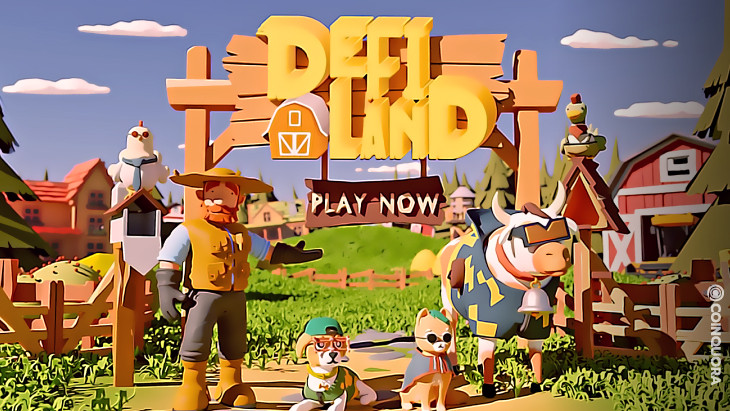 DeFi Land, a multichain agriculture simulator, will launch a new play-to-earn game on May 17 at 8 PM UTC, CoinQuora has learned.

The first-ever gamification project built on Solana and the third-biggest game in terms of market cap has yet to introduce any play-to-earn (P2E) elements until today. Regardless, the platform managed to raise $1.75 million from NFT sales during its launch earlier this year, according to the DeFi Land team.

Once the P2E aspect has launched, users will be able to perform agricultural-related activities, including fishing, shooting, and farming. The game promises to be an accessible P2E game, exuding farming simulation basics similar to titles such as Harvest Moon and Stardew Valley.

Players get rewarded with DFL tokens, the game’s native token. Aside from this, a new in-game currency will be introduced called GOLDY. Through DFL and GOLDY, users can upgrade their NFTs and customize, craft, or repair in-game items. The currencies can also be a tool to socially interact with other users, according to the developers.

The game’s P2E features will only be available to players who own one DeFi Land Gen-0 NFT. Based on data from OpenSea, the collection’s floor price is currently at 1.55 SOL or around $88 in the current market.

DeFi Land is generally free to play, and users can jump in without any starting funds. In free mode, players grind to earn XP and compete with other players on the leaderboard for monthly rewards.

According to the developers, they will be exploring “a multichain future” in the coming months, and announcements regarding chain integrations will come this June. DeFi Land’s alpha mobile version is currently in development and is said to be released between July and September this year.