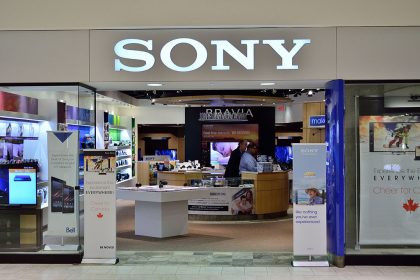 Sony (TYO: 6758) appears set to take on a leading role in the emerging metaverse as the Japanese multinational conglomerate recently provided its operational insight. According to Sony, in addition to portraying the metaverse on the internet as a future growth field, it also wants to consolidate its entertainment services.

“The metaverse is at the same time a social space and live network space where games, music, movies and anime intersect.”

“We would like to create a new and moving experience that connects creators and users by making the best use of the characteristics of various entertainment businesses and game technology that we have been working on for many years,” stated Yoshida, citing the use of free-to-play battle royale title Fortnite from Epic Games.

Separate reports state that Sony also intends to acquire an American game company with vested strengths in metaverse-related technology. Through this medium, the Japanese tech powerhouse seeks to create new services that cut across all media channels.

According to its last quarterly report, Sony’s game, music, and movie units contributed two-thirds of realized operating income. This is a further testament that the company’s transformation from a consumer electronics maker into a metaverse-inspired entertainment heavyweight is well underway.

Sony’s PlayStation 5 has the leading consumer electronics company firmly atop the traditional gaming industry. This is primarily due to the vast range of enticing exclusive gaming titles that the gaming brand offers customers. However, observers believe that this stronghold may eventually erode because of cross-platform, cloud-based titles. Continuous in the market for these platforms can potentially reduce the influence proprietary platforms have. In spite of this, Sony sees the opportunity presented therein. Instead of resisting the revolution, the company wants to be at the forefront.

Sony has already started enabling cross-play for some of its titles, as it did for Fortnite in 2018. This strategy may be a gradual approach to the eventual adaptation to ubiquitous cross-play. This week, Epic also announced that in-game “V-Bucks” currency purchased on PlayStation would be usable on other platforms.

“PlayStation has played a huge role in the social gaming revolution that’s nurturing the growth of the metaverse as a new entertainment medium.”

Read other tech news on Coinspeaker.

History of metaverse: the most important dates and events