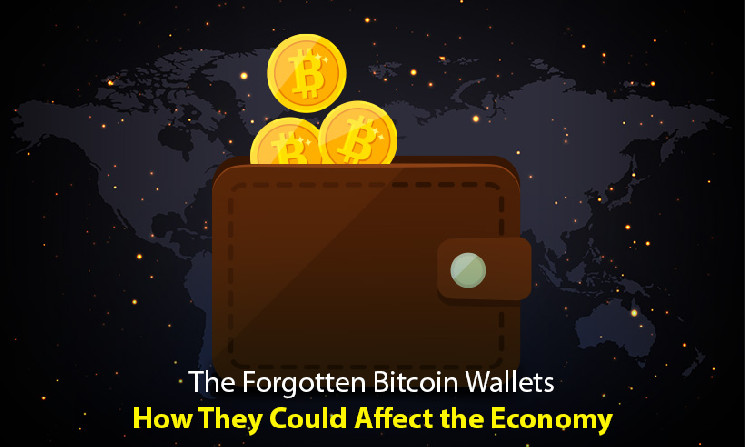 The Forgotten Bitcoin Wallets – How They Could Affect the Economy

According to the blockchain monitor “Whale Alert,” there was a reactivation of an old wallet containing 50 Bitcoins for the first time in 13 years and 6 months. The mining of the block was on November 22, 2009, just a few months after the first Bitcoin transaction in January 2009. Because there were no exchanges at the time, Bitcoin was effectively worthless. As a result, the first users of Bitcoin did so as a hobby and did not expect to become wealthy. The creation of the wallet was before the famous programmer Laszlo Hanyecz spent 10,000 BTC on two pizzas in May 2010. On February 8, 2011, Bitcoin and the US dollar were finally equal in value. The original owner of these coins has turned them into a $2,100,000 fortune. Even though the address was already existing while Bitcoin’s creator Satoshi Nakamoto was still active in the community, he is unlikely to be behind the transfer. The most likely explanation is that someone found the private keys to millions of dollars in Bitcoin. Some believe that the address owner turned to the wallet after jail release. In recent months, there have been several cases of Bitcoin wallet reactivation for the first time in years.  In May 2020, the price of Bitcoin fell after “Whale Alert” learned that coins from a wallet that is believed to be Satoshi’s were reactivated. Later, they found that the transfer had nothing to do with the person who created Bitcoin.

Effects on the Virtual Economy

It is now known that most Bitcoin wallets activated after several years belong to Bitcoin whales. Therefore, sudden activation of these dormant wallets can help to boost the virtual economy by making Bitcoin prices rise amazingly.

Economic Impact Through The Use Of Blockchain

Blockchain, the technology that powers cryptocurrencies, is gaining popularity. Many analysts believe that implementing this technology in other markets could generate billions of dollars. So far, Blockchain technology appears to have changed the following business practices in various industries. These include:

Blockchain has made it easier for financial institutions to conduct cross-border transactions.
The use of technology in messaging apps has aided private investor transactions.
Blockchain can make car sales and lease more efficient.
By using Blockchain, cloud computing can run smart contracts while keeping hackers at bay.
Through the Blockchain, public and government records can reduce paperwork and fraud while increasing accountability.

Economic Impact on the Job Market

Because of the rise of cryptocurrencies, an entire industry dedicates itself to tracking cryptocurrency exchanges worldwide. Through this, some early adopters became wealthy quickly, while others established businesses that relied on trading to make money. In 2016, the Blockchain industry employed slightly more than a thousand people. In 2017, that figure had risen to over four thousand. Software developers have been the most in demand in the cryptocurrency industry. People still want to work in these fields, even though the job market has changed in recent years. As cryptocurrency becomes legal in more places outside the West, we can expect more investments and job creation in the field worldwide.

Since the 1970s, the public’s trust in US banks has steadily declined. This happened especially in places where the local currency fluctuates significantly, making living conditions worse. However, we can use cryptocurrencies to circumvent these issues.  Cryptocurrency is an entirely utilitarian system in which each peer monitors a transaction rather than the government. There are approximately 1.7 billion people who do not have a bank account. Because they don’t have much money, they frequently have to borrow from people in risky ways.  This population has many mobile phone owners, which is intriguing. Because it is possible to trade cryptocurrencies via mobile apps, they have the potential to become a viable option for this group. Another advantage of cryptocurrency is that it is entirely decentralized. This means that people in countries with volatile currencies can freely trade with people in countries with more money, making the economy more equitable.

Most cryptocurrency users, do not have to pay much for transactions. This is because they are decentralized and do not require users to buy physical assets. As a result, there is the use of more financial tools and more integration of the global economy.

Blockchain technology and cryptocurrency transactions are completely digital and recorded on an immutable ledger. This gives people more power and freedom and reduces the likelihood of fraud and corruption.  This is especially beneficial for developing countries and mistreated people. Because cryptocurrencies are designed to be useful, these people can invest and transact in a global economy, which benefits their local economy and standard of living.

Because it is decentralized, cryptocurrency is a global economy in which all users, regardless of location, can trade currency. This is significant for entrepreneurs because it eliminates the need to cater to a national audience. Instead, they have a global audience with whom they can exchange money without worrying about exchange rates or international law.  Indeed, cryptocurrency companies assist African business owners in conducting financial transactions with European, American, and Asian companies to gain financial coverage and independence through global exchanges. In an increasingly digital world, the social need to communicate across borders is evolving into financial needs that financial institutions cannot meet. Entrepreneurs can eventually help make it easier to invest, save, and send money across borders, changing the way the world does business.