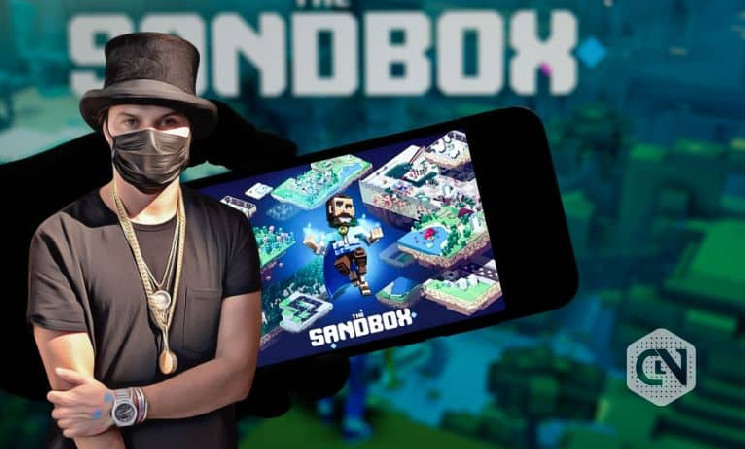 The Sandbox recently announced joining hands with the globally-renowned DJ and graffiti artist Alec Monopoly. The collaboration will see The Sandbox creating a digital home for Alec with exclusive NFT art.

The Sandbox team will directly collaborate with Alec to bring the artist’s NFT and IRL art to life in its ecosystem. The collection will possess rare characters from Rags to Richies, 3D sculptures, and a string of original art.

Every Rags to Richies NFT holder will get unique privileges with access to special giveaways and content. All these events will be announced after 24th July 2022. Alec Monopoly released a statement about the recent development.

According to the artist, The Sandbox team is steering the Web3 metaverse, and Alec is delighted to collaborate with them. From avatars to accessories to Electronic Music, the venture packs the immense potential to bring creativity to the community.

The Sandbox released an official post to announce the partnership. The post also shared a sneak peek at Alec’s Rags to Richies trailer. As an unidentified street artist from New York, Alec Monopoly has become a household name for many art enthusiasts.

Alec has worked in Miami, Asia, Europe, and Los Angeles with different materials, from spray paint to stencils. The artist has depicted several iconic characters, while his work has been covered by London Times, Rolling Stone, The Wall Street Journal, Billboard Magazine, Vibe, and Playboy Magazine.

In addition, Alec has been commissioned for projects with Philipp Plein, Avicii, Vitamin Water, TAG Heuer, CoverGirl, and The W Hotel. Given Alec’s popularity, the collaboration will also assist The Sandbox.

Meanwhile, the NFT art museum and virtual home will serve as an interaction base for Alec fans across the globe.