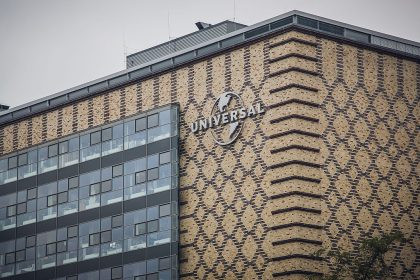 Previously, LimeWire was a peer-to-peer music sharing service until it was acquired by tech entrepreneurs Paul and Julian Zehetmayr. After the acquisition in 2021, the duo announced in March that the company would relaunch as a music-centered NFT platform.

“UMG artists can now offer audio recordings, audiovisual content, backstage footage and any artwork and images as NFTs on the LimeWire marketplace and sell them directly to fans and collectors. Musicians can release bonus tracks and exclusive material, sell uncut or backstage content, and much more.

Universal Music assured that the joint venture will commit to “quality content, utility and accessibility.” The duo said they would offer unique and secured NFT projects for its artists and fans. LimeWire is now easily accessible to artists and fans to buy, sell and create NFTs.

One of the founders of LimeWire, Julian Zehetmayr, expressed his satisfaction with the partnership with Universal Music Group. He said the partnership signifies the growing adoption of Web3 by the music industry. He noted that the marketplace is “thrilled” to serve artists under the umbrella of the Universal Music Group and fans. The executive is looking forward to the first creative projects to launch on the platform.

Similarly, an executive at Universal Music commented on the new interaction.

“Universal Music Group and our labels are fully embracing the exciting Web3 space and will work with our new partner LimeWire, our artists and their communities on engaging NFT projects with real utility and creating tool experiences for fans, while allowing mainstream consumers to participate in a safe and trusted environment with low entry barriers,” said the Senior Vice President of Digital Business, Central Europe Holger Christopher.

Generative Art NFTs Are Booming Despite the Crypto Decline