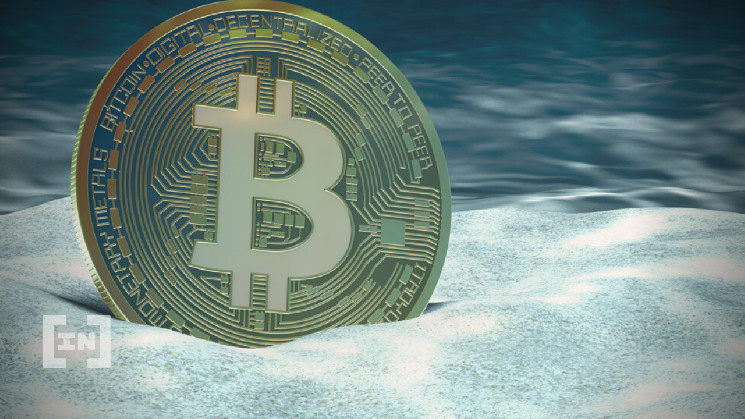 Will Clemente: Bitcoin (BTC) Is Very Close to a Bottom – 6 Arguments

In today’s article, BeInCrypto looks at 6 selected on-chain indicators whose charts suggest that Bitcoin is very close to reaching a bottom. These were highlighted in a tweet yesterday by Will Clemente – a well-known on-chain analyst – who suggests that “it’s a great time to DCA heavily.”

Will Clemente is as young (20 years old) as he is popular (630,000 followers on Twitter) a next-generation on-chain analyst. He hosts the Blockware Intelligence Podcast and writes a weekly newsletter on on-chain analytics, mining, and digital assets.

DCA and the multi-generational bottom

His tweet yesterday initiated a discussion on the argument that a bottom in the price of Bitcoin and the entire cryptocurrency market is imminent. Clemente makes this part of the narrative he promotes that the last few months represent the best opportunity for an investment strategy called “dollar cost averaging” (DCA).

DCA involves an investor dividing the total amount to be invested into periodic purchases of assets of interest. In this way, he tries to reduce the impact of volatility on the total purchase. The purchases are made regardless of the price of the asset and at regular intervals.

Will Clemente then added a strong entry that he believes Bitcoin is very close to an important market low today:

“Now I believe Bitcoin is very close to a multi-generational galactical pico-bottom where I plan to allocate all of my dry powder for my grandchildren’s grandchildren.”

One has to admit that for a 20-year-old, this is a very powerful, even visionary statement. Of course, the analyst does not leave it without proper arguments to support his strong conviction.

So let’s take a look at the 6 on-chain indicators charts he presented. Indeed, they suggest that Bitcoin is today near levels characteristic of the absolute lows of previous bear markets. Moreover, they are in line with many on-chain analyses by the BeInCrypto team.

The first chart that Will Clemente presents is the so-called Top/Bottom Models. It contains charts of two indicators: Realized Price and Delta Price. The former (light green line) is the ratio between the realized market capitalization of Bitcoin and its running supply. It currently sits just above $24,000.

On the other hand, the second indicator, Delta Price (dark green line), has served well in the past to determine the absolute lows of bear markets in 2011, 2015, and 2018. This indicator is based on the so-called Bitcoin Delta Capitalization, which is the difference between the realized cap and the average cap – the life-to-date moving average of the market cap.

In the chart, we can see that Delta Price is today well below the December 2017 historical all-time high (ATH) of $20,000. Somewhat contrary to Clemente’s arguments, if Bitcoin were to dive below this level, the current price is certainly not close to a bottom. On the other hand, if the bottom is to be set by Realized Price this time, the $24,000 level could serve as ultimate support.

In his second argument, Will Clemente uses the MVRV Z-Score. It is used to assess when Bitcoin is overvalued/undervalued relative to its “fair value”. When the market value is significantly higher than the realized value, this historically indicates a market top (red zone), while the opposite situation indicates a market bottom (green zone). Technically, the MVRV Z-Score is defined as the ratio between the difference between market cap and realized cap, and the standard deviation of all historical market cap data.

In the chart, we see an ongoing decline in the indicator toward the green zone, which, however, has not yet been reached. Indeed, in the past, staying in it and sometimes even falling below (2011 and 2015) has been a marker of an absolute bottom for the BTC price. Therefore, it seems that despite the low value of the indicator, there is still room for a continuation of the downward movement.

Another indicator is the Entity-Adjusted Dormancy Flow, which BeInCrypto recently wrote about. This indicator is an improved version of the Average Coin Dormancy, which indicates the average number of days destroyed per coin transacted. Its improved version rejects transactions between addresses of the same entity, giving a better market signal and reflecting actual market activity.

According to Clemente, the indicator “has been in the “buy” zone for the last few months but is now approaching levels that previously set generational bottoms.” In fact, looking at the chart, we see that the indicator is already firmly below the bottom of the COVID-19 crash in March 2020. Moreover, it is close to reaching the December 2018 area when BTC fell to the $3150 level.

Currently, the chart has been in the green low-risk zone for several months. However, unlike Entity-Adjusted Dormancy Flow, the March 2020 level has not yet been reached here. Clemente says the low Reserve Risk level is “illustrating holder confidence relative to price.”

The fifth indicator presented by the analyst is the Mayer Multiple. This is an oscillator that is calculated based on the ratio of the BTC price to the 200-day moving average (200D MA). Bitcoin’s absolute lows were usually reached when this indicator fell sharply below 1. For example, the 2018 low brought the Mayer Multiple to a value of 0.53.

Currently, the indicator reaches a value of 0.63, according to data from Woobull Charts. Here again, Clemente emphasizes that this is “the buy zone, almost at historical lows.”

The last indicator that Will Clemente refers to is the 200-week moving average (200W MA). Of course, this indicator does not come from on-chain analysis, but is a traditional technical analysis indicator. In the long-term BTC chart, the average has served as the ultimate support for any bear market. However, sometimes there have been long wicks or even weekly closes below it.

Currently, the 200W MA is located at the $21,832 level. Reaching this valuation would involve Bitcoin falling another 25% from its current value. It is worth noting that this level is just below the $24,000 Realized Price chart presented in the first argument.

The above 6 arguments made by Will Clemente may indeed suggest that a bottom in the Bitcoin price is close to being reached. However, in each of the charts above, we can see that the historical lows have not yet been reached. Several indicators even suggest the possibility of a drop to or below $20,000, i.e. testing the ATH level from the previous cycle. Such a situation has never happened before in Bitcoin’s history.

Will Clemente summarizes his arguments this way:

“Based on the aggregation of these metrics and price levels; bottom is most likely in low-mid $20Ks, aligning with the theory of frontrunning previous ATH.”

He then adds, in line with his DCA strategy, advice for long-term investors: “Question to ask yourself is in 2 years will buying at 29K versus MAYBE sniping the bottom matter? Prob not, but I will try.”

Richest Bitcoin Whale Splurges $90,000,000 on BTC in Less Than a Month Amid Crypto Market Tumble